Recently I subscribed to AdaBox, the subscription box from Adafruit that delivers a themed electronics kit every few months. It’s perfect for both people who are new to electronics, and those who aren’t but like the idea of getting relatively inexpensive materials for several fun pre-selected projects.

The box I just got was #007, which fittingly was spy-themed. You can see a couple pictures of the unboxing below; it also came with some hacker zines and a lockpicking set which was awesome.

First AdaBox!! Looks like a good one :D #adabox pic.twitter.com/1z3ssowrI7

I ended up doing a simple project with some of the materials – a Software Defined Radio (SDR) tuning knob that worked with the SDR receiver that also came in the box. If you follow the guide for the tuning knob, you can see that the board is coded using CircuitPython. When you turn the knob left or right, it sends input characters to whatever radio software you’re using, which tunes according to the input character.

It was a pretty fast and easy project, although I couldn’t find any working SDR software for Ubuntu that was compatible with the tuner, so I had to switch to a Windows machine and use the Adafruit-recommended SDR-Sharp program.

I did have some difficulty getting the pins on the tuner to stay connected to the board; one pin is supposed to be bent into the center hole, and the two outer pins are screwed down, but the outer ones kept popping out from the screws. If I didn’t want to reuse the board for other projects I probably would have just soldered the pins down.

Here’s the final result and a closeup of the pins. 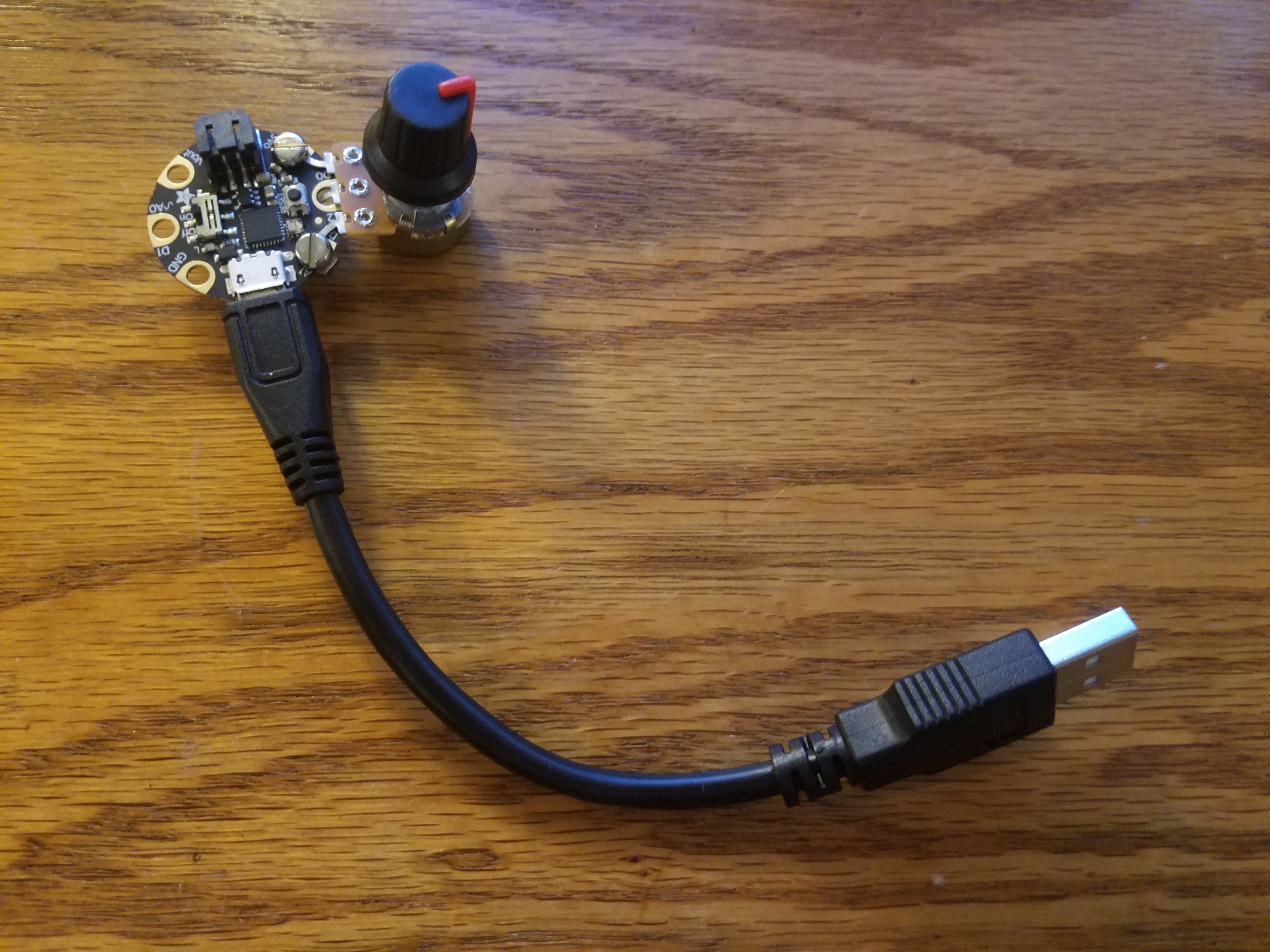 Overall I really enjoyed this box, there were some more projects to make that I haven’t done yet because I spent so much time on the hacking zines and learning to pick locks, but I’m excited for the next one. If you’re into electronics but don’t have a lot of time to explore and choose projects and buy materials, you’ll probably get a lot of value out of the AdaBox subscription.