AdaBox #008 arrived this week, and the theme this time was…robots!

I loved building robots in college, so was excited to dive into this box.

The project I chose to start with was a self-driving robotic car that can detect when it’s bumped into things via an accelerometer in the circuit board, reverse, and change direction. Basically a roomba except it won’t vacuum the floor for you.

It does provide great entertainment for cats, though! 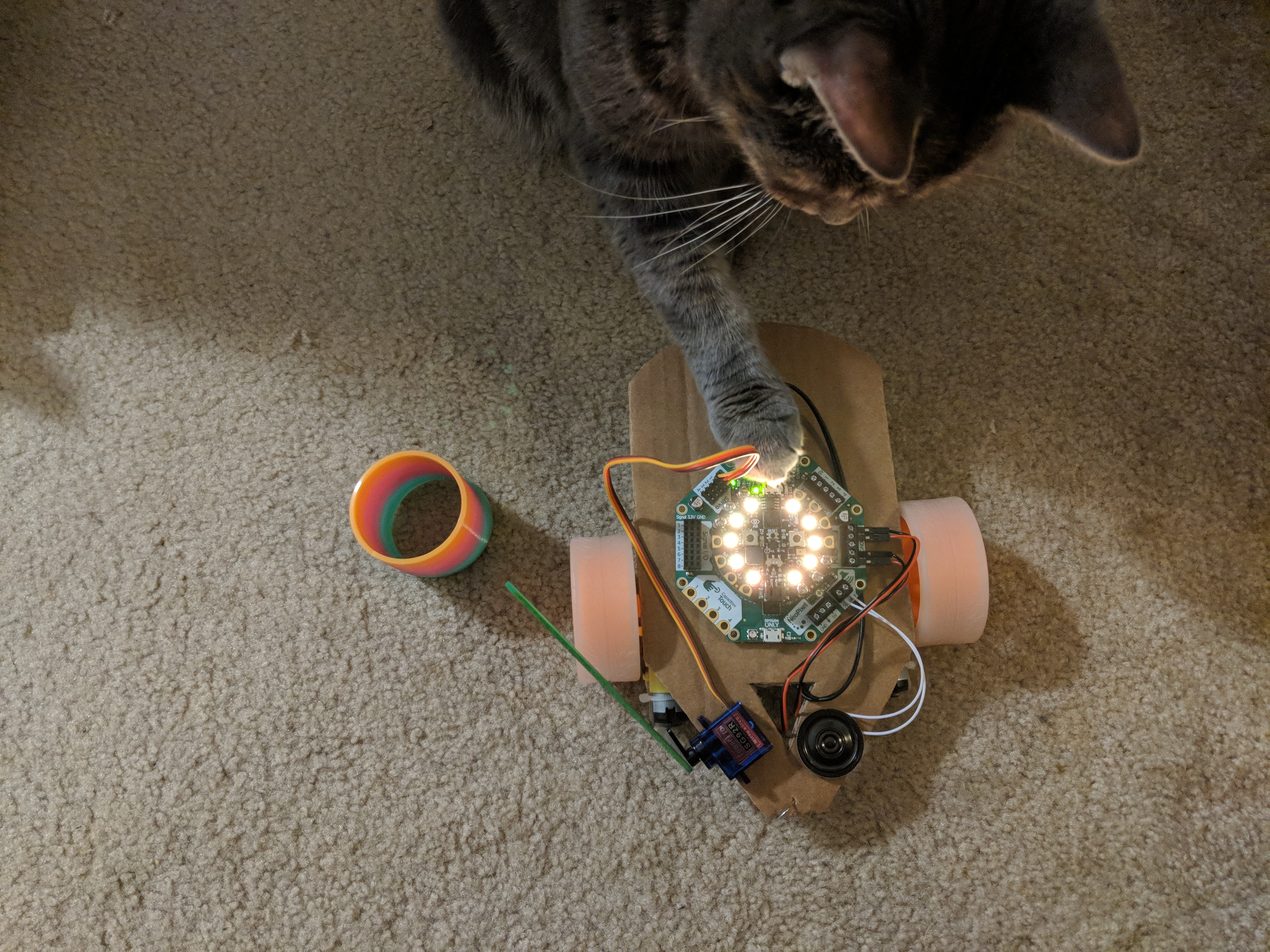 (Also pictured – the rainbow slinky that came as a freebie for subscribers!)

One interesting thing about this project is that the code was actually written through MakeCode, which is one of those GUI-based code editors except streamlined for hardware programming. As a software engineer I would rather just write code, but this looks like a great tool for kids and people new to programming who don’t want to mess around with the intricacies of code.

The other cool thing is that the robot frame is built using cardboard. A big theme for all the projects in this box is incorporating cheap materials like cardboard and popsicle sticks, so you can make robotics projects without spending a lot of money. It’s a hybrid of crafts and robotics and I love the approach. The downside, of course, is that the quality isn’t as good; the double-sided foam tape that came with the box didn’t work well and one of the robot’s wheels kept falling off. But overall this box felt fun and creative – more robotics kits should come with bags of googly eyes!